Set up three years ago by Marine Mandrila and Louis Martin, the Refugee Food Festival is a grassroots initiative encouraging restaurants to show solidarity with refugee chefs by allowing them to use their kitchens throughout a culinary festival. As well as organising the festival, the association is developing activities designed to promote the social, and professional integration of refugee cooks into society.

We met one of the association’s co-founders, Louis Martin, to find out more about this fantastic initiative and to get a better understanding of how Dropbox Business is helping his team run the festival right across the world. Here’s the transcript from the interview:

How did the Refugee Food Festival start?

In 2015, when Marine and I got back from several long trips aimed at discovering different styles of cooking around the world, we were concerned about the dismal and fear-mongering rhetoric being used about the arrival of people as refugees in France and Europe. Refugees are not people who leave their home countries to find a better life in another country—these are people who are fleeing for their lives. Therefore, we have a duty to welcome them and show solidarity.

We were also basing this on our observation that, if you look at all of the biggest expatriate communities around the world, the first thing they bring with them and reproduce in their new societies is their style of cooking, because it is not a material possession. We came up with this idea of using cooking to recognise the talents of refugees and remind everyone they are people with skills, expertise, cultural heritage, and plenty to offer the society that is their new home.

Cooking is a fantastic way of building connections between individuals. It is something universal, which is passed down from generation to generation, and which tells us so much about our identity, culture, and history.

The traditional cuisines of Iran, Syria, or even Afghanistan are rich and still relatively unknown in France. We thought we could use these little-known culinary styles to change the conversation about these countries and show more than just conflict. We came up with the idea of asking restaurants to allow refugee chefs to use their kitchens while the culinary festival is taking place. This would happen in several restaurants in the same city, with the main aim being to change attitudes towards refugees by recognising the talents of refugee cooks.

The festival was first held in Paris in 2016. 11 restaurants were involved and it was hugely successful. From the Michelin-starred restaurant to the neighbourhood cafés, we realised there had been a secondary effect we hadn’t anticipated — the cooks involved were being offered opportunities to start working.

Tell us a bit about the team behind the Refugee Food Festival.

The Refugee Food Festival is based on a collaborative format. We have a restaurant with five employees, and as far as the section that organises the food festival is concerned, we have eight people working full time in Paris.

The local festivals are coordinated in fifteen or so cities around the world, and in each of these cities, there are two project leaders who run the festival. They form a partnership which relies on a team of volunteers to help organise the festival. So if you take the association’s salaried staff, the project leaders who organise the local festivals and the volunteers, in total we’re talking about easily a hundred people. 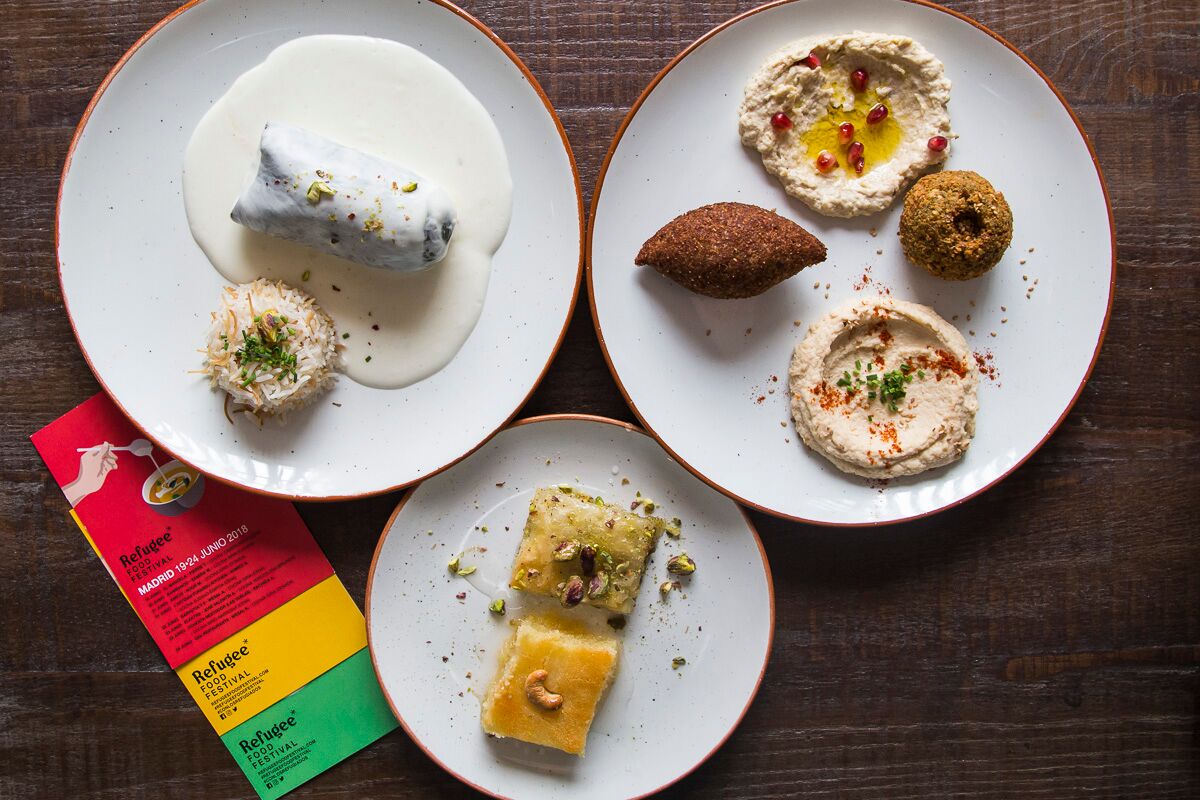 With the festival’s international expansion, have you encountered any problems communicating and collaborating with the project leaders?

It was challenging to successfully share information between the various different cities, in the sense we need to use the same methodology in each of the cities so the festival is organised the same way everywhere. We developed quite a wide range of tools in Paris, which we then had to share with each of the cities by adapting them to the local contexts.

We had to make sure everyone had reliable access to the same information so everybody understood the project properly. We had to ensure everything was coherent and harmonised, and everyone was receiving the same messages, the same pieces of information, and the same methodology at a local level in order to organise the festival.

Has Dropbox Business changed the way you work?

We have benefited from Dropbox Business thanks to the Dropbox for Good* program. This has allowed us to have all of the information the whole team needed accessible in the same place. We think it’s a great solution for an organisation like ours, because it was quick to get the hang of.

The desktop application, which allows us to access all of the files we have saved in Dropbox on our computers, without having to go onto the web or use a third-party interface is a particularly well-liked. And with Smart Sync, we can save everything in the cloud without taking up space on our hard drives. We never knew this was possible!

Today, everyone uses Dropbox as a tool to save and share files. And we also use Dropbox Paper to coordinate the organisation of the festival in the various cities. 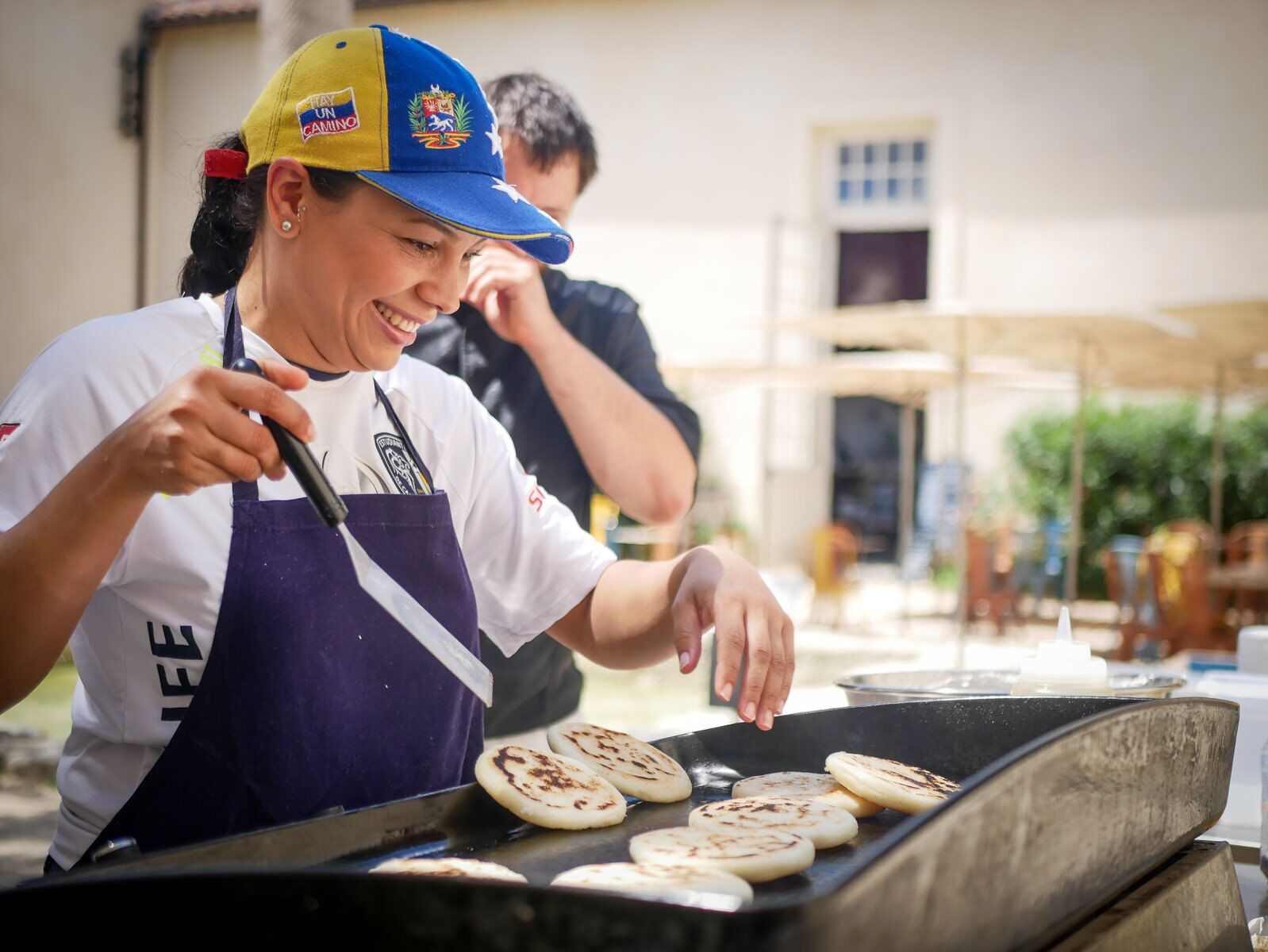 Can you tell us anything else about the way Dropbox Business is used to organise the festival?

We use Dropbox Paper to share our package of procedures with project leaders and follow up on the organisation of the festival with the people on the ground in each city. After we had run the first festival in Paris, we were contacted by residents of cities all over the world asking us to come and organise a festival in their city.

There were only two of us and we didn’t have the resources to establish the festival ourselves in all these cities. So we created a guide, which describes the procedures we used at every stage of organising the festival, and a folder which contains all the other forms and documents.

When we discovered Dropbox Paper, we decided to add this guide to a Paper document. Now we share this document with the project leaders in each city, and we use it to follow up on the organisation of the festival in every location. Specifically, we have our general guide, the visual chart, the best practices when individuals are meeting the people who run the restaurants, the restaurateur’s consent sheet—which the restaurants are asked to sign when they join the project—and the guide for setting up the partnership between the chef and the restaurant.

We add the festival program schedule to this Paper document when it is confirmed, too. We then add menus, media, press releases the project leaders will be issuing, list of press contacts to be used during the festival, and social network calendar. And we also use the planning tools in Paper to make following up on the project easier.

To summarise, we have all of the information we need in the same place when the festival is being organised in a city. This allows us to make our way of working more fluid and to harmonise the procedures for exchanging information. This information is communicated and processed in a standardised way in all of the various different locations, because everyone has access to a live, collaborative document.

What are your objectives for the festival this year?

It will be held in 15 cities: Paris, Lille, Marseille, Lyon, Strasbourg, Bordeaux and Rennes, Geneva, Brussels, Madrid, Bologna, Copenhagen, London, New York, and Cape Town. It will be a year of consolidation for the project after a period of significant expansion.

This year, our aim is to take the professional integration of the chefs further. In each of the cities, we will be working in greater depth to develop local ecosystems around the project with associations, NGOs, and employers, to ensure all chefs involved in the festival have definite job offers after the festival. For the chefs who are taking part, this professional integration project is opening doors.

We have just completed an impact assessment with a company that specialises in this type of project. In terms of professional integration, the study reveals 60% of the 150 refugee chefs who have been involved in the festival since it started have been offered a job. And 50% of those have taken up this opportunity. Today, our aim is to get as close to 100% as possible. 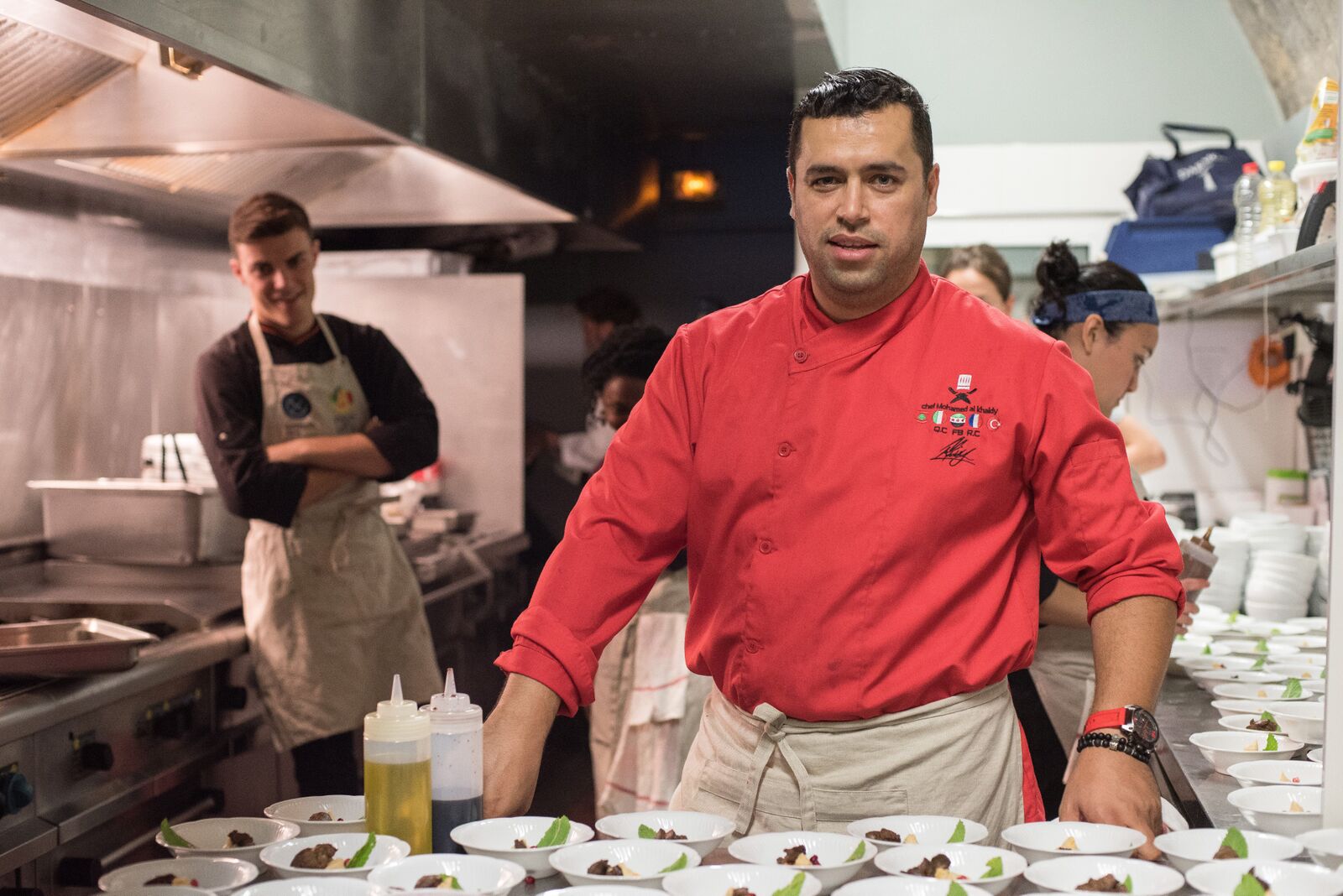 Find out more about the Refugee Food Festival and the program on the website.

*Dropbox for Good is an internal initiative that allows Dropbox employees to give one free Dropbox Business account to the association of their choice every year.

How Dropbox Business is helping scale our non-profit business

Dropbox: Getting hundreds of businesses to pledge support to charity